Friends I Have Made, Places That I Love 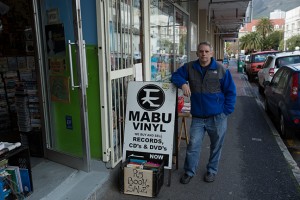 I started my career as an environmental reporter and photojournalist, but became an accidental academic after accepting a one-semester appointment at the University of North Carolina at Chapel Hill while the School of Journalism conducted a national search to replace the venerable Stuart Sechrist, my predecessor. Long story short, my one-semester lasted 30 years after which I retired and accepted the Knight Chair in Visual Journalism at the University of Miami in 2008.

I grew up in a modest house in a suburb of Chicago and went to colleges in Columbus and Athens, Ohio and Minneapolis, Minnesota. It was during these years that I formulated my life-long appreciation for the natural world and, in addition to journalism, I studied ethology, environmental law and zoology. With great support from the eight deans I worked with, I focused my research and creative work on documenting endangered species and habitats while working as a visual journalist, in addition to producing dozens of documentaries focusing on social change and the human condition.

Friends I Have Made, Places That I Love is the online home for my photographs that focus on flora and fauna as I now return to reporting on the environmental issues that affect all of our lives. I built the site to share the beauty that surrounds us and motivate others to get involved in preserving it. Each of the galleries is a small sample of my favorite and my client’s most popular images from the region.

Experts estimate that the loss of species is now between 1,000 and 10,000 times higher than the natural extinction rate. That means between 200 and 2,000 extinctions occur every year. Global warming due to increased greenhouse gas emissions is causing land ice to melt at an unprecedented rate and seawater to expand as it warms. It threatens communities throughout the world, with my own community being one of the most vulnerable.

All environmental issues are political and climate change deniers, those politicians who reject climate science, refuse to work on legislation addressing the issue. Our voice needs to be heard. Even if we stopped emitting greenhouse gases today, the carbon that’s already in the atmosphere will continue to cause the earth to warm for another 40-50 years before stabilizing at a temperature higher than what was normal for previous generations.

Global warming, combined with population growth; habitat destruction and deforestation; the degradation of water quality and water scarcity; air pollution and increased food demand all affect or inconvenience the human condition, but spell disaster for flora and fauna, the friends I have made and the places that I love. This site will continue to evolve as I focus the remainder of my career as an educator and journalist to fight the injustices of climate change, environmental degradation and climate refugees.

Thanks for visiting. All images are copyrighted, so using them elsewhere without permission and compensation is a criminal offense. I have made an honest attempt to correctly identify all of the content, but it is impossible to know every species and I welcome corrections to material in the captions. I welcome questions, comments and requests via email addressed to rbeckman@miami.edu.

Special thanks to my family, Cynny and Emmie, for their enduring patience and understanding when accompanying me to icy climes and infested jungles, to my many friends, assistants and guides for putting up with my often ridiculous needs, to my parents Kathryn and Wallace for their never-ending support, to Pete Devaris for sharing Alaska, Walker Golder for sharing his colonial wading birds, Shailendra and Indrajit Ghorpade for sharing their tigers and to my friends, former students and colleagues who have inspired me for decades.